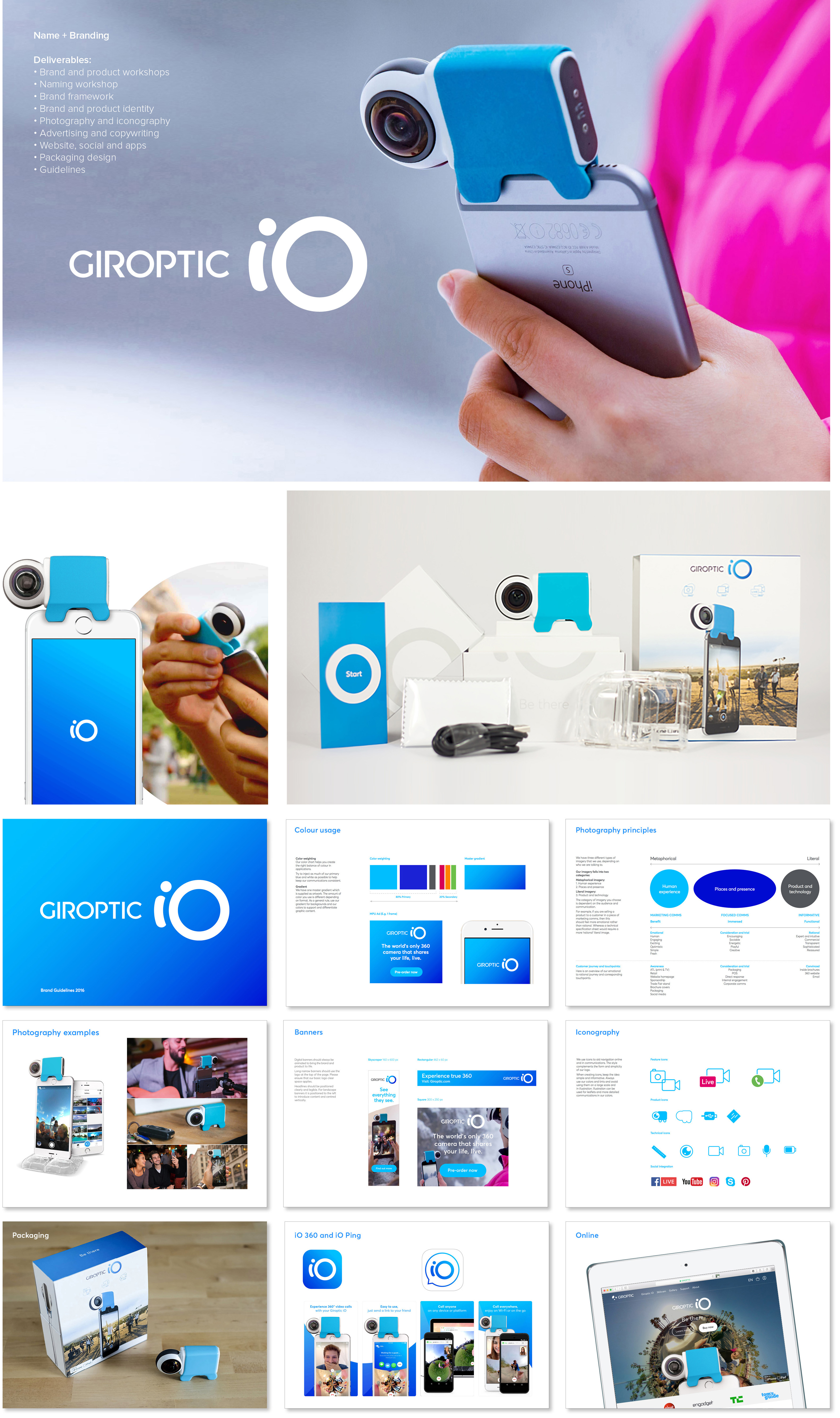 From initial product development, I defined, named, designed and delivered iO to launch for Giroptic. The first live streaming 360° HD camera that allows you to be there, anytime, anywhere, with anyone instantly. It inspired me to name the product iO, the closest moon to Jupiter. A moon orbiting with fantastical action. Dating back to Greek mythology, it also sounds like ‘eyes open’ so the user can connect to the product.

It also included naming and design direction for apps: iO 360 and iO Ping which allow the user to live stream HD photo and video content in 360° instantly. The success of iO inspired Mike Schroepfer, the CTO of Facebook, to give 4,500 away during the F8 annual developer conference.

Giroptic really appreciated Nova’s help and support in getting our new product off the ground. We now have the foundations to build on something that’s positioned well, looks great and delivers optimal outcome simply.